A couple years ago a wonderful family from El Salvador moved into our ward. They had fled their country seeking asylum here in the United States because of the danger they were in due to the gangs there. They had very little and moved in at first with a family they knew through missionary service. The members of the ward rallied around them, gathering basic essentials for the two children and the parents, and tried to help them start to make a life for themselves here. With the language barrier, a new culture, and their former lives completely abandoned, it was surely a very difficult time for this family. But he was able to start finding some work and eventually they were able to rent a home in our neighborhood. The kids were able to start attending the local elementary school and I was impressed and their resilience and their powerful faith in the Savior.

Their biggest challenge soon became to find a way to get their daughter to join them. At the time they fled El Salvador, she was serving as a missionary in Mexico and so when she returned home they were no longer there. She was unable to get a visa to come to the United States and of course they very much wanted to have her join them. But nothing seemed to work out to get her here. And then the real trial came: the mother only in her 40s was diagnosed with cancer. The more visits to the doctor they had the worse the news got. Eventually they were told that the cancer was so bad that it was terminal. The news was devastating for all of us, and we yearned to help this family who had already been through so much. Once again the ward rallied around them, gathering money to help them with doctor bills and other necessities, providing rides and meals and emotional support, and urgently looking for ways to help get their daughter here before her mother passed away. The connections to legal resources were deep and several people went to work to find some way to get her legal entrance into the country. But it was one dead end after the other. Nothing seemed to work. The mother went through chemo treatments until the doctors refused any more because she was so weak her body simply couldn’t take it anymore. Eventually they were able to get her on hospice and she was given little time left to live. Incredible effort was also spent trying to get her mother here on an emergency visa from El Salvador. But, incomprehensibly, it too was denied.

Our family has been among hundreds of others who have been praying for them for months, and we have all mourned with them and waited for some glimmer of hope for this family as they have watched the condition of their mother and wife deteriorate. We have known recently that she could pass away any day, and yet they desperately wanted to get their daughter here to be with her mother first. But everything that was tried led to a dead end. Even letters to congressmen and the work of the best lawyers came to naught to provide entrance into the United States for this young woman who just wanted to get home.

But this week on Thursday the miracle finally came. The windows of heaven opened up and in a dramatic way not only this young woman but also her grandfather (her mother’s father) were finally able to make it safely here. My whole family was thrilled to get a text message with a photo of this daughter finally reunited with her frail mother after more than two years of separation. For reasons known only to the Lord, He has chosen not to heal this faithful woman of her cancer. But He has provided this miracle that witnesses to the truth of Nephi’s statement about the help the Lord gives the faithful. As their family fled Jerusalem in 600 BC when the Jews threatened his father’s life Nephi declared, “But behold, I, Nephi, will show unto you that the tender mercies of the Lord are over all those whom he hath chosen, because of their faith, to make them mighty even unto the power of deliverance” (1 Nephi 1:20). He has indeed delivered this young woman home to be with her mother who now prepares to return home to her Savior. And because of Jesus Christ and His resurrection, they have hope of another even more glorious reunion yet to come. As President Oaks declared, “The Resurrection gives us the perspective and the strength to endure the mortal challenges faced by each of us and those we love…. We know that these mortal separations are only temporary, and we anticipate future joyful reunions and associations. The Resurrection provides us hope and the strength to be patient as we wait…. As part of the Father’s plan, the Resurrection of Jesus Christ overcame death to assure each of us immortality.” I give thanks to the Savior who provides tender mercies to the faithful in all their earthly trials and offers us joyful reunions through His atonement and resurrection in the life to come. 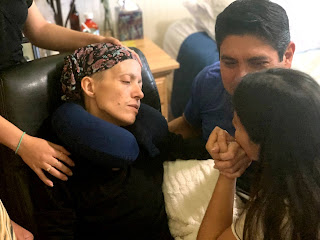 James Covel and the Cares of the World

The little-known Nephite writer Chemish left us one verse in the Book of Mormon (Omni 1:9) with no profound testimony given or great doctrine expounded. But in his short paragraph the verb "write" appears five times in one of its forms, and he witnessed simply of his brother's words and the Nephite need to write: "After this manner we keep the records, for it is according to the commandments of our fathers." So after the manner of Chemish I venture to keep my own record here of my journey through the scriptures. My hope is that it will encourage any who pass this way to spend more of their own time with the word of God.